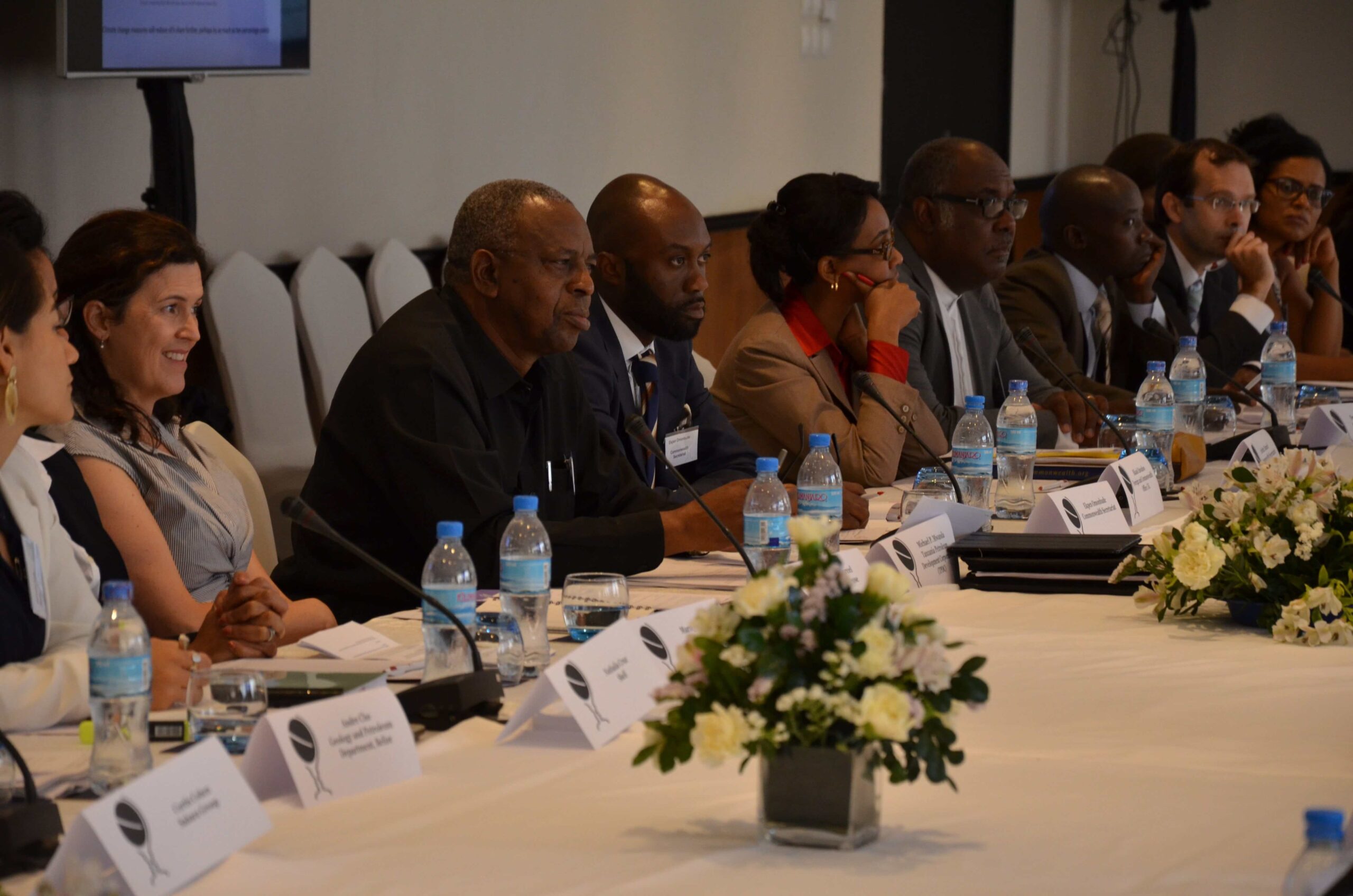 This forum was the third meeting of the New Producers Group. It was hosted by the Tanzania Petroleum Development Corporation in Dar es Salaam. The group’s 2015 meeting was held against the backdrop of a steep fall in global oil and gas prices. While emerging producers reported a slowdown in investments, there was nonetheless the expectation that the market disruption would prove only temporary. Comments made during the course of the meeting, showed that this initial optimism waned and the new price reality was increasingly accepted. The discussions focused on how national development plans, licensing, messaging to the public and local content could be adapted to the new context.


Essential cookies are enabled by default to give you the best possible site experience. For details on the other cookies we use, click on settings or accept them all.

Cookies are small text files that are placed on your computer by websites that you visit. They are widely used in order to make websites work, or work more efficiently, as well as to provide information to the owners of our Site. We do not use cookies to track individual users or to identify them, but to gain useful knowledge about how the Site is used so that we can keep improving it for our users.
The law states that we can store cookies on your machine if they are essential to the operation of the Site but that for all others, we need your permission to do so.
You can set your browser not to accept cookies - however, in a few cases some of our Site features may not function as a result.
If you do not wish to receive cookies from us or any other website, you can turn cookies off on your web browser: please follow your browser provider’s instructions in order to do so. Most web browsers allow some control of most cookies through the browser settings.
To find out more about cookies, including how to see what cookies have been set and how to manage and delete them, visit www.aboutcookies.org, www.allaboutcookies.org or www.civicuk.com/cookie-control/browser-settings.
If you would like to know more about what cookies we use on our site, please get in touch.
Always Enabled
SAVE & ACCEPT

Walid Nasr is the Chairman of the Lebanese Petroleum Administration and Head of the Strategic Planning Department. Walid held several senior managerial and technical positions with the United Nations agencies in Lebanon and abroad, working closely with Governments public institutions, and international organizations at both the national and international levels. He has wide professional expertise in diverse developmental fields including policy, planning and programming in energy, natural resources management, and sustainable development.

Dr Valérie Marcel is an associate fellow in the Energy, Environment and Resources programme at Chatham House and project lead for the New Producers Group. She is an established expert on national oil companies, petroleum-sector governance and emerging strategic issues shaping the energy sector. She is the author of Oil Titans: National Oil Companies in the Middle East (Chatham House/Brookings, 2006). She advises governments in sub-Saharan Africa, the Eastern Mediterranean, South America and the Caribbean on petroleum sector policy and governance. She is deputy chair of the governing board of Renewable Energy and Energy Efficiency Partnerships (REEEP) and is a member of the World Economic Forum’s oil and gas strategy council. She previously led energy research at Chatham House and taught international relations at the Institut d’études politiques (Sciences Po) Paris, and at Cairo University.

Naadira Ogeer has 20 years industry experience across all aspects of the exploration and production value chain covering both the investors and Government perspective. She is an economic adviser in the Commonwealth Secretariat’s Ocean and Natural Resources Advisory Division. In this capacity, she advises governments in sub-Saharan Africa, the Caribbean and the Pacific on policy, fiscal regimes, sector regulation and contract negotiations. Naadira also delivers customized training to member countries and is the project lead for the Commonwealth Secretariat in the New Producers Group.
Prior to this role, Naadira worked at BP for 15years in various senior strategy, commercial and planning roles at Group Headquarters (Strategy Advisor – Group Strategy & Policy), Houston (Senior Business Advisor – Upstream Planning), Aberdeen (commercial advisor) and Trinidad (Head - Upstream Commercial Operations, Head of Strategy, Planning and Performance Management). She has been involved in multiple aspects of investment decisions at project, country and company level including managing economic evaluation teams and support for upstream executives on matters of project portfolio decisions.

Patrick has worked on legal reform and governance initiatives in the developing world for more than 20 years for organizations including USAID, the U.S. State Department, the Asian Development Bank, Creative Associates International and The International Center for Transitional Justice. He is a senior visiting fellow at the Center for Law, Energy & Environment at the University of California, Berkeley.

Patrick is an Advisor at NRGI and his work focuses on several core elements of natural resource governance, including the management of state-owned enterprises, legislative and regulatory reform and oil and mining contracts. He coordinates the organization’s emerging work on the implications of climate change for the economies of resource-dependent countries. He contributes extensively to NRGI’s programs of technical assistance to governments and civil society organizations throughout the world, and to NRGI’s capacity development efforts. Patrick is the project lead for the Natural Resources Governance Institute in the New Producers Group.